Is it too cautious or too risky to unblock now?

As the spread of the new coronavirus in Europe has slowed, restrictions in various European countries are gradually loosening: the castle in Heidelberg, Germany, has reopened to the public over the past weekend, bars in the center of Rome have begun to provide takeaways, and barber shops in Vienna Full of people.

Following the relaxation of restrictions in Italy, Spain, Greece, Portugal and Germany last week, on May 11, the United Kingdom and France will soon end the blockade and gradually restore normal economic order. At the other end of the Atlantic, US states are also trying to reopen to varying degrees, balancing the economic needs frustrated by the epidemic crisis and the health risks of the people.

Under the “moderate” forecast conditions just announced by the European Central Bank, the euro zone economy will shrink by 5% this year, while the more serious potential result is 8% and 12% contractions. The economy may not return to the epidemic until the end of 2022 The level before it happened. This means that the economy may not be able to wait.

For Europe, the worst wave of epidemics has passed. Last week, the death toll in Italy and France hit a new low in nearly two months, and German hospital beds also remained idle.

Economic damage has been caused, and Europe is experiencing an unprecedented economic shock since the Great Depression. According to the forecast data released by the European Commission last week, the EU economy will shrink by 7.4% this year, and the “deepest economic recession in history” is expected.

The epidemic has hurt consumer spending, industrial output, investment, trade, capital flows and supply chains. It also affects employment. The European Commission said that the unemployment rate in the entire EU is expected to rise from 6.7% in 2019 to 9% in 2020, but then declines to around 8% in 2021. Italy, Greece, Spain and Portugal will be one of the countries most severely affected by this epidemic economy. Among them, Greece’s GDP shrank the most, reaching 9.7%.

“We have been looking for a balance between restoring normal life and following all measures that can prevent and control the epidemic.” Philip said that if the infection rate rises, restrictions may be re-implemented. He also told all French that “we can live with this virus” before finding a cure.

Prolonged shutdowns are also very detrimental to France’s position in the global industrial chain. “It doesn’t matter if you stop working for a while, because the supply of the industrial chain is cyclical. Once the stoppage time is too long, other countries may decide to produce or buy the required products from other places.” Director of the French Economic Research Center of the University of International Business and Economics Zhao Yongsheng, a professor of finance, said.

Which industries are the first to recover? 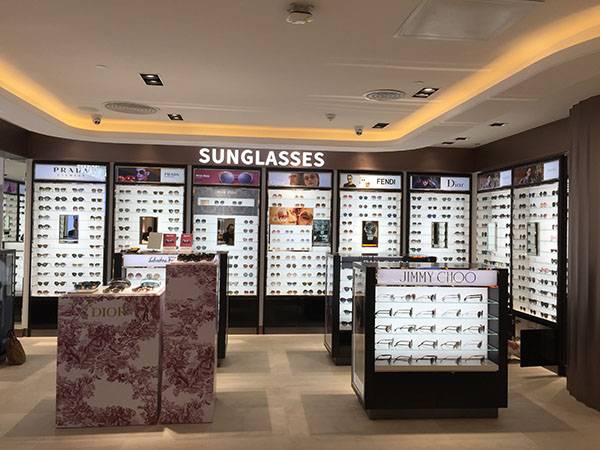 According to the data, during the epidemic, overseas orders not only exported anti-epidemic medical materials, including indoor construction entertainment, mother and baby toys, pet supplies and other export enterprises orders surged, and even some orders have been arranged after 3 months. Convenience foods, kitchen supplies, indoor fitness, office supplies, etc. have a great chance of breaking the list in the future. Among them, the machinery industry, home gardening industry, consumer electronics industry, building materials industry and apparel industry, etc., due to the vast market, may usher in new opportunities first.

Export to domestic demand? Switch category? Or to seize the opportunity to seize the opportunity of overseas e-commerce development opportunities? Under the impact of the epidemic, the foreign trade industry has fallen into extreme predicament, but some companies have been able to make changes at the fastest speed and seize the opportunities during the crisis. With the new form changes, many domestic foreign trade SMEs have begun to save and transform themselves. At the same time, in addition to considering their own products, foreign trade enterprises that want to “strike while the iron is hot” also need to pay attention to the information of major shipping companies, port policies of various countries, and international logistics information to make plans.

Liu Yingkui, director of the International Investment Department of the China Council for the Promotion of International Trade, said that the information that countries are seeking to unblock, although making China ’s foreign trade companies and foreign-funded companies feel some hope that the trade volume may gradually recover, but it is not completely restored. After hearing this news, enterprises still can’t carelessly. It is recommended that companies pay close attention to the epidemic situation in various countries.

Considering that the epidemic situation is still likely to be repeated, the resumption of production and production materials in various countries will “take a small step”, and the recovery of production and business activities of enterprises will not be achieved overnight.

From a logistics point of view, some shipping companies and airlines have not fully resumed work and have limited capacity, which may still pose risks for companies to fulfill their contracts.

From a consumption point of view, some products produced by foreign trade enterprises are intermediate products and are not end-consumer products. Since some factories have not resumed production, they cannot be sold.

In addition, after the epidemic, all countries may modify some international investment and merger and acquisition laws, showing an increasingly strict trend.